TALL, FIT, soft spoken with a kindly mischievous glint in his eyes Shane Mac Thomáis was hard to miss in a crowd. When I first met him around 2001 I was already acquainted with his late father, Éamon, and had avidly read and followed his father’s folksy historical media contributions, such as bestseller Me Jewel and Darlin Dublin.

A recipient of two civic awards, the Old Dublin Society Silver Medal (1988) and the Bank of Ireland Millennium Medal 1989), Éamonn was an author, Irish republican, broadcaster, historian, advocate of the Irish Language, and lecturer.

Shane was not that far behind his father and soon to be an author. A political activist in Sinn Féin at the time I met him I told him I had a story for him about his father’s jailing and my own father’s part in it.

In the mid seventies, in the war years, Éamonn was the part-time editor of An Phoblacht, the official organ of Sinn Féin. My father, Deasún, a journalistic contributor, was a sub-editor in the Irish Independent, an Irish national daily newspaper.

Once a month Deasún received by post a copy of a monthly litany of all the press releases issued by the IRA. Nothing unusual in that as all Irish and some international media, foreign embassies and many journalists also received the same document. 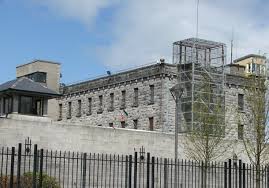 My father handed his copy to Éamonn, who unfortunately was stopped shortly thereafter by the Special Branch, searched and arrested The document was used as evidence against Éamonn to sustain a charge of Irish Republican Army membership.

In the Special Criminal Court, which sits without a jury, Éamonn refused to recognise the authority of the court, as was the want of many republicans at the time.

My father, Deasún, wrote to the court explaining his original possession of the document, how he had received it and that he had handed it to Éamonn and that it could not, therefore, constitute proof of IRA membership. 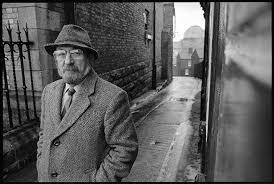 A well-supported campaign by journalists, personalities and editors of a variety of left wing and all- Irish periodicals campaigned against the politically motivated charges and for his release.

But, in any event, the word of a senior Garda (police) of belief of anyone’s IRA membership (however unsubstantiated) was sufficient to incarcerate anyone for fifteen months, and in this case it did so.
My father took up the position of editor of the weekly An Phoblacht as well as holding down his day job.

But no sooner was Éamonn released than he was re-arrested and suffered the same charade of justice to find himself back in Portlaoise maximum security prison serving another fifteen months for ‘IRA membership’.

Eamonn began work on one of his subsequently famous books in jail only to have it destroyed in one of many punitive cell searches. On his release the national broadcaster, Radio Teilifís Éireann (RTÉ) removed him from his position in making some of its historical programs.

Shane and I would regularly meet in later years, at protests, demonstrations and meetings. We discussed politics and history and, as both of us would have it no other way, we never agreed on everything, which made our conversations all the more interesting and energising. We did of course agree on much.

He told me once that he had been in the Foreign Legion, serving in Chad, when he was much younger. When I challenged him on his membership of le Légion Étrangère he admitted his head had been ‘messed up’ at that time in his youth. Had he learnt anything worthwhile in the Legion?

“They give all recruits a name. The idea is to withhold it in interrogation training. Then they beat you senseless until you divulge it” he said. “They beat me for three days and nights but I never divulged it. After that I was never afraid of a beating.”

In his work with the Glasnevin Trust, as chief historian, Shane was instrumental in, among other projects, ensuring that 43 soldiers who died after returning from the First World War had a proper memorial. The recent refurbishment of O’Connell Tower, which was bombed by loyalists in 1971, also had his participation. Glasnevin Cemetary is one of the most famous of European graveyards, similar to the Pere Lachaise in Paris.

Save Moore Street, the last headquarters of the 1916 rebels, now facing demolition, was one of the many campaigns he was active in. He supported a wide range of campaigns against austerity, always in support of the working class, as well as the peace process and a united democratic Ireland.

Often, he published articles, columns, pamphlets, books, and contributed to TV and radio programmes as well as organising exhibitions. Unbigoted, he recently worked closely with the UVF in Belfast on an Ulster Rifles exhibition.

My understanding is that he left Sinn Féin in recent years, concerned that they might be losing the republican initiative, his political alienation growing. 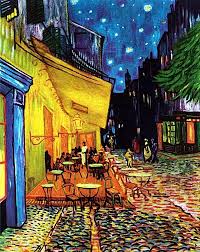 In deference to his African travels I would greet him with a ‘Salam!’ (Arabic for ‘peace’ or ‘hello’- and my only Arabic) in street cafes and he would respond in kind with his boyish smile. He smoked so he invariably sat outside cafes.

Over the aroma of coffee we exchanged views and stories about Dublin, the city he loved. As the mostly sparse sun hit our table we would sometimes talk about the Mediterranean and Shane would talk of Morocco, a favorite spot of his.

When my mother was buried Shane attended the funeral. And when a service was held for my father, who died on the day of my mother’s funeral, Shane was there again with a warm supporting embrace.

This summer it was my intention to avail of one of his fascinating tours in Glasnevin Cemetery, where he worked since he was fourteen years of age; whose recent refurbishment he was central to, and where he took his own life on March 20th, 2014, at the age of forty six.

The news of his untimely and sudden death shocked and saddened us all. My heartfelt and deepest sympathy go to Shane’s mother, daughter, family, partner and friends.

Brian Whiteside, who officiated at a humanist ceremony for Shane, said that usually it was difficult to find people to speak at funerals, but for Shane  “people were queuing up.”

“He had some great friends but the shining light in his life was his daughter Morgane. She was the shining beacon of hope in his dark depression,” said his friend and fellow historian Lorcan Collins who likened his death to “a library burning down”.

His sisters Orla and Meliosa told the congregation how he had “tormented them during their childhoods, but had become a firm friend in adulthood”.

Indicative of the breath of his circle of friends was the large attendance at the ceremony which spilled well outside of the church.

Members of the Ulster Volunteer Force (UVF) were also represented. The Irish President, attended a ceremony for Shane the previous evening and was represented at the funeral by his aide-de-camp. Shane was buried alongside his father in Glasnevin Cemetery.